Poker networks have been very popular for a number of years now.  They offer smaller poker rooms an opportunity to overcome the often insurmountable challenge of getting enough players to make a go of it.

Players only become interested in playing at a poker site if there is enough action, so this is a sort of Catch 22, where they start out with a few players but not enough to create any real momentum, and soon the few people they have leave for greener pastures.

So if they can join a poker network instead, they benefit from a ready made player base of a proportion that they could not even have dreamed of acquiring alone, allowing them to not only survive but prosper. 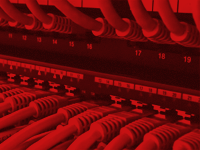 The poker network they join benefits from not only getting a little more traffic, but even more importantly, by adding what almost always amounts to a noticeably softer and fisher type of player than those which usually frequents poker sites.

The reason behind this is that these smaller poker rooms don’t really market to poker players, or if they do they don’t do it very well.  Often, these poker rooms are sidelines of online gambling sites which offer a different type of gaming as their main offering, for instance an online casino or a sports betting site.  Sports betting sites in fact constitute a large percentage of secondary network poker rooms.

Networks also attract small poker only operations that poker players have never heard of, and mostly rely on word of mouth referrals.  So given that only fish would consider playing at these sites, they refer their friends there, who are also fish, as no real poker player would ever even consider opening an account at any of these sites.

In any case, the majority of poker rooms on the larger poker networks are of this sort.  There generally is one or two flagship rooms which are much more familiar to poker players, and clearly know what they are doing in terms of offering poker players superior experiences and treatment, as well as the kind of proven stability and trustworthiness that poker players in the know demand.

So among these poker networks, the largest in the world for quite a number of years now has been the iPoker Network.  On this network, the flagship site has also been for a number of years Titan Poker.  Titan is truly the titan of this network, bringing to it a large percentage of their players, who regularly feast on the high percentage of fish that the smaller poker rooms bring in.

So This Really Is The Best Of Both Worlds

The difference between a great network and a high traffic stand alone poker room can be illustrated by comparing Titan and the iPoker Network with the only site that has more traffic, which is Poker Stars.  No one has more players than Poker Stars, but being a poker only room, they have attracted the very best poker players on the internet. 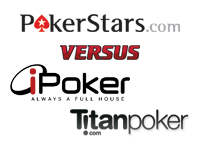 Therefore, the level of competition at Poker Stars is in the extreme.  If you haven’t played at both Poker Stars and Titan Poker, it’s hard to even describe the difference.  While players at a poker table normally consists of both sharks and fish, at Poker Stars, it’s just sharks that swim there, tens of thousands of them in fact.  Any fish that pop up get eaten in very short order.

I know some players who are exceptionally gifted who tell me that no matter how good you are there, it’s pretty much impossible to grind out a living from the profits that you can make at the tables.  Instead, the new normal for the best players is to look to try to break even, and make their living now off of the crumbs that the poker site throws their way in terms of frequent player rewards.

So unless you are an awesome player with a huge bankroll and can play 24 or more tables at a time, you’re going to be in for a very rough ride at Poker Stars, as you won’t even be able to achieve this.  You better have a big bank account because you will be losing deposit after deposit, if not to the other players there, then to the poker site through rake.  Poker Stars these days is like one of those movies you see after a nuclear holocaust, with people wandering around the desert in search of the basics of life in order to survive.

Titan Poker And The iPoker Network Is Nothing Like This Though

By the way, the fishiness of these poker rooms which didn’t make the grade anymore at iPoker were infinitely more fishy than the tough sites such as Poker Stars.  In fact, the best player at these sites probably was nowhere near as good as the average player at Poker Stars. 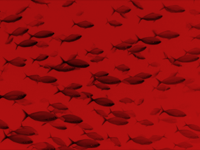 So iPoker realizes the tremendous value that the softness of their competition overall brings to their network, competing with other sites for the business of those who realize the importance of playing against weaker competition generally.  Simply put, this is where our profits come from.  Not from the good players, who know enough not to spew their money off, but from these guys.

If you had to just play against good players, you wouldn’t make enough to beat the rake no matter how good you are, as evidenced by what is happening at Poker Stars.  We need bad players who are prone to making big mistakes involving large sums of money for us to overcome the rake and turn a profit.

Being the best player at the table is of no help at all if you take such a small amount of money from them to just break even, or worse, and where the only people who make money from poker is the poker site.  You might as well be playing at a casino, although at a casino some players get lucky and win big, which isn’t even the case here.

So iPoker understands how important it is to have their poker network profitable to the good players, and this is their main feature.  Of course, Titan Poker has a lot of other things going for it besides loose competition, but without that, it really wouldn’t make a difference.

IPoker Is A Virtual Fish Aquarium

It used to be that all of the fish were of the loose variety, and most players were fish.  Now, it’s harder to spot them if you don’t know what you are looking for.  It is true that there is nothing like a loose fish, who will call you down with weaker and often much weaker hands, and beating them out of a significant amount of money is like taking candy from a baby.

The iPoker Network has plenty of these yahoos, most of whom have come over from other forms of gambling and are ready to gamble it up at the poker table as well.  They generally have no real concept of the proper odds and generally know far less about what they are doing than the average poker player.

There are also two other forms of fish, which are the tightwad and the freak.  Titan Poker and the iPoker Network has plenty of these as well, and as far as the tightwad goes, they have these in great abundance.

Now it’s true that a lot of good players play tight, but the difference here is that a good tight player isn’t going to allow us to exploit him or her like a tight donkey would.  What makes the good player good is his or her ability to adjust to being smacked around.  The tight donkey on the other hand isn’t going to really know how to handle this and if they do change anything it will be to start playing crazy, which we love to see as well.

So with the tight donkey, they will only play on when they have a hand, and fold the rest of the time.  This in fact makes them the easiest player of all to play well against.  They will usually miss their hands and give up pots without even a fight, regardless of what we may have.  If they hit, they will let us know as well, and if we don’t have something real good we can wisely fold.

The third type of fish is less common but is a real whopper when you get one on your line.  We can call this type the freak, and that’s how they play.  These players are very aggressive and will get big amounts of money, if not their whole stack, in without often needing much of a hand at all.

While selective aggression is a powerful tool, and one that we want to use ourselves, if it isn’t selective, and especially if it’s wanton aggression, it’s the quickest way to lose big amounts of money.  These people overplay their hands wildly, for instance trying far to often to push people off hands for instance, where you then simply have to play better cards than they are to take all of their money.

So these fish are a lot like the loose player, only they tend to blow off money a lot faster.  Where the loose fish may call three reasonable sized bets and lose at showdown, the freaks will tend to put even more money in the pot with even less of a hand.

There aren’t a lot of these players around anymore, since they tend to go broke, but iPoker and Titan Poker does have some of them, and when you do find one, prepare to take your shot at cleaning them out.  Overall, you will see a lot of different types of weaker players on the iPoker Network, and although there are a fair number of at least decent players as well, the softness of the competition there overall will simply mean better results for you regardless of your level of skill.

Overall, iPoker Has A Nice Combination Of Poker Rooms And Traffic

Having soft competition is only one part of the equation.  There are some other soft poker rooms and networks out there, but they simply don’t have the same level of traffic that iPoker does.  You need to have enough action at a poker site to be able to get into the games you want, when you want.

While it is true that you can have several accounts at several different places to play online poker, and when you add everything together they all can provide you with enough action, this is something that only players with considerable sized bankrolls can pull off.  For the rest, who can only really effectively play at one online poker site, they need it to have enough traffic to serve them.

The iPoker Network delivers on this, given that it has the second most traffic among all poker sites, with the one with the most being far too tough for our consideration.  With all of the poker sites on the network, most of them are too small for us to consider, and what we really want is sites who have proven that they can do poker right, such as Titan Poker, and Bet365 Poker.

Among all the sites on the network though, Titan Poker is our far and away favorite and we invite you to check out everything they and the iPoker Network has to offer.